What Are Alternatives to Prison Sentencing in Washington and Oregon? 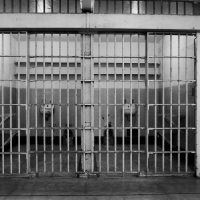 Not every criminal conviction merits a prison sentence. First-time offenders, juvenile offenders, and other defendants with mitigating circumstances are capable of getting their lives back on track and leading productive lives. A prison sentence often does more harm than good, effectively preventing someone from obtaining true rehabilitation and often limiting their employment options in the future. Prosecutors and judges are not completely oblivious to the harmful effects of prison and are willing to offer alternative sentencing options for qualifying defendants.

Washington State has made strides toward offering alternatives to traditional prison sentences. Jails and prisons are already overcrowded, and opportunities for offenders to serve alternative sentences better serve the community, save money, and reduce recidivism. In addition to traditional alternatives such as electronic home monitoring, probation, and community service, there are many specific programs in Washington that allow defendants to serve a criminal sentence outside of prison. These programs include:

Work Release. A program allowing certain inmates to work an outside job during the day and return to a corrections facility at night. Work release is available on a city-by-city basis.

Drug Offender Sentencing Alternative (DOSA). DOSA is designed to allow offenders with a substance use disorder to obtain treatment, counseling, and community supervision in lieu of prison time for drug-related offenses.

FOSA allows judges to waive a sentence for eligible persons (nonviolent offenders with current or anticipated minor children and no prior felonies) and instead impose 12 months of community supervision, along with conditions for treatment and other programming. CPA is a partial confinement program allowing parents to reside in the community under electronic monitoring, with similar eligibility restrictions to FOSA.

Oregon has its own share of alternative sentencing programs, in addition to standard programs such as probation, electronic monitoring, early release (i.e., “good time” credits), and community service. Some key Oregon initiatives include:

Alternative Incarceration Program (AIP). AIP refers to an intensive treatment program for inmates with a specific behavioral issue. There is an intense cognitive program and an intensive addictions program, both lasting a minimum of 270 days. Inmates who complete the program can obtain a commutation (time reduction) of the remainder of their sentence.

Juvenile Diversion Programs. Diversion programs offer counseling and community service alternatives to qualifying offenders who are referred by the juvenile court system. The programs are typically available to first-time offenders who are willing to acknowledge responsibility for their actions and agree to fulfill a number of requirements upon release. Juveniles who successfully complete the programs may see their charges dropped entirely.

If you’ve been arrested for DUI, assault, or other crimes in Portland, Vancouver, or elsewhere throughout Oregon and Washington, contact Vancouver criminal defense lawyer John Lutgens for assistance at 360-693-2119.