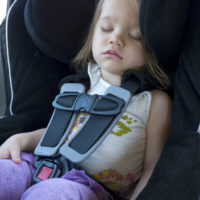 Roadways can be a dangerous place both for you as a driver and your passengers. Your most precious cargo, your children, depend on you to keep them as safe as possible in the car by not only using necessary safety equipment such as car seats, but also using them properly. Unfortunately, new research shows that many children who are dying in traffic accidents were not properly restrained when the crash occurred. If you or your child has been injured in a Washington traffic accident, find out about your right to money damages by contacting a seasoned personal injury lawyer.

The research in question was conducted by physicians at Brigham and Women’s Hospital in Boston, using data in the federal Fatality Analysis Reporting System. The study analyzed which factors make it more likely that a child will be fatally injured in a car accident by examining the over-18,000 fatal accidents involving a child that occurred between 2010 and 2014. Among those accidents, 16% caused the death of a child.

The laws of the State of Washington require all those transporting young children to ensure that they are properly restrained whenever they’re in a car. Children under age eight and shorter than 4’9” must be in some form of child safety system, and children under age 13 must sit in the back seat whenever possible. That said, even if you mistakenly fail to buckle in your child properly, you may still have a right to pursue a legal claim against the driver at fault for causing the accident. Contact a skilled personal injury lawyer as soon as possible after an accident to learn your rights.

For assistance with a claim for damages after a Washington traffic accident, contact the skilled, dedicated, and trial-ready Vancouver car accident lawyer John Lutgens for a consultation on your case, at 360-693-2119.