What Happens After an Accident With an Uber or Lyft Driver 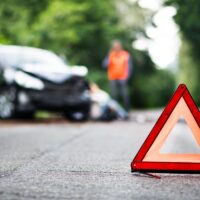 We’ve talked before about how many Uber and Lyft drivers are operating vehicles with active safety recalls unaddressed. But what actually happens when you get into an accident with a rideshare driver? Will Uber or Lyft automatically step in to cover your claims? The answer: It depends. Continue reading to learn about bringing claims against Uber and Lyft drivers, and call a dedicated Portland and Vancouver car crash lawyer if you have been hurt in a car accident in Oregon or Washington State.

Uber and Lyft have great insurance, but it does not always apply

If a negligent driver has hit you, ideally the driver carries insurance sufficient to cover your damages (including medical expenses, income lost due to time missed at work, and other damages such as pain and suffering). Rideshare companies like Uber and Lyft have hefty insurance policies for drivers, exceeding the insurance carried by the typical driver. Uber, for example, offers drivers $1 million in liability coverage for passengers and other drivers. Whether the insurance policies kick in, however, depends on the circumstances of the crash.

There is also a middle-ground scenario: The driver has the app activated and is actively searching for matches, but has yet to accept a ride. If a driver causes a crash during that time, the rideshare companies have a policy that covers up to $50,000 in injury claims per person and $100,000 per accident, as well as $25,000 in property damage. This policy is meant to cover a driver whose own insurance covers less than this amount. If the driver has insurance that exceeds Uber’s middle-ground coverage, then the driver’s policy will apply instead.

If you’ve been injured in a crash with a rideshare driver in Oregon or Washington, a seasoned car crash lawyer can help you determine the proper party against whom to bring your claim, as well as help you build the strongest case to maximize your compensation.

For passionate and trial-ready help pursuing a personal injury or wrongful death claim after a traffic crash in Portland, Vancouver, or elsewhere throughout Oregon and Washington, contact Vancouver auto accident lawyer John Lutgens for a no-cost consultation at 360-693-2119.