Your Uber or Lyft Car May Have an Open Safety Recall 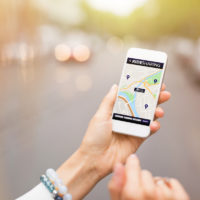 A report recently issued by Consumer Reports found an alarming fact: Nearly one in six ride-share vehicles may be subject to open recalls based on safety defects. Consumer Reports found that thousands of vehicles currently in operation and employed by Uber and Lyft have unaddressed safety problems, including several recent high-profile automobile recalls for defects ranging from seat-belt failures to engine stalling to potential fire hazards. These defects could lead to serious car accidents or other injuries for the drivers and their passengers.

Thousands of Uber and Lyft cars found subject to open recalls; nationally, it could be many more

Consumer Reports (CR) went through the records of 94,000 ride-share vehicles in the Seattle and New York City areas, as representatives of the west and east coasts. CR found that a shocking number of Uber and Lyft employees utilize vehicles that have been the subject of recalls in recent years for safety defects, and that many of these rideshare drivers have not had their cars repaired or replaced despite the recalls.

For example, Takata issued a recall for defective airbags that could malfunction and kill the driver and front seat passengers. Other defects identified include seat-belt detachment, engine failure, and engines that spontaneously catch fire. Thousands of Uber and Lyft drivers ignored the recalls and continue operating their cars. In one instance, one car was the subject of eight different recalls that were never addressed by the driver. The National Highway Traffic and Safety Administration (NHTSA) stated that they can issue a product recall for defective cars but that they do not exercise any direct control over Uber or Lyft.

CR found that one in six Uber and Lyft drivers in Seattle and NYC operate vehicles with outstanding recalls. If that average carries nationally, then millions of Uber and Lyft passengers across the country are likely riding in dangerously defective vehicles. CR did not identify whether any particular accidents or injuries were caused by recall defects; their data merely showed the number of cars on the road that were subject to these recalls.

Uber issued a statement in its defense, claiming that if they identify a driver with an outstanding recall that is serious enough to prompt a “do not drive” warning from NHTSA, then the driver will be deactivated. They also claim that they encourage drivers to get their cars fixed if they are subject to recalls. Lyft has stated that cars in both cities are inspected before they drive and that they have taken other steps to address unfixed recalls. CR argues that stronger recall laws should be put into place to protect rideshare passengers.

If you or a loved one has been hurt by a defective car or other ride-share auto accident in Vancouver, WA or Portland, OR, you may be entitled to compensation for your damages. An experienced auto accident lawyer can help you obtain the recovery you deserve. In Vancouver, Washington and Portland, Oregon, call attorney John Lutgens at 360-693-2119 for a free consultation after a crash.